Police are issuing a warning to members of the public after a Dorset couple were scammed out of a significant amount of money.

The couple, aged in their 70s, were targeted by fraudsters through a series of courier and banking scams.

On Thursday 15 August 2019 they were called on their landline by a man claiming to be from the Metropolitan Police, who said they had arrested a man and found him to be in possession of bank cards belonging to the couple. He advised that their bank account and funds were at risk.

The man, claiming to be a detective, then repeatedly called the couple and gave them updates on the ‘investigation’. He claimed that someone at their bank had shared the couple’s bank details and they needed to transfer their savings into a secure account set up by the police to keep it safe.

He provided them with details for an account and said when the investigation was concluded it would be returned.

Following repeated warnings, the victims were so concerned for their finances that they agreed for more and more of their savings to be transferred to the account set up by the bogus detective at his instructions.

On Friday 25 October 2019 the couple were told that the ‘detective’ – who they had never met in person – would be visiting their home on Monday 28 October to sort out their bank account and arrange for all their money to be returned.

The couple tried to contact him on the day but there was no response on either the landline or mobile phone numbers he had given him. It was also established that he was not a Metropolitan Police officer.

The scammer was able to convince the couple to part with a significant amount of money.

Detective Inspector Wayne Seymour, of Dorset Police, said: “This was a sophisticated scam where the offender has manipulated his victims and gained the trust of the couple by posing as a police officer and used a number of methods to try and persuade them he was genuine.

“This is another example of the lengths scammers will go to cheat honest people out of their money and the ruthless way they exploit their victims.

“I would urge anyone with information about this incident, or who believes they may have been the target of a similar scam, to please contact us.

“The police will never ask you to transfer money to another account, and if you have any doubts about someone’s validity, take their details, ring the organisation back through a listed number and ask to speak to that individual.

Anyone with information about this offence or similar matters is urged to contact Dorset Police at www.dorset.police.uk, via email 101@dorset.pnn.police.uk or by calling 101, quoting occurrence number 55190169992. Alternatively, contact Crimestoppers anonymously on 0800 555111 or via www.crimestoppers-uk.org. 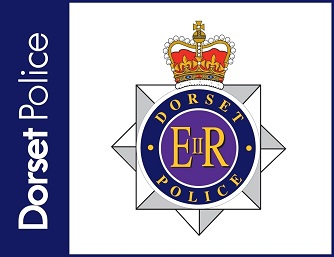