Scottish and Southern Electricity Networks (SSEN) is calling on farmers, land owners and land managers to report any damage they find to the electricity network on their land, following the recent storms that have swept across SSEN's central southern England distribution area.

The high winds and heavy rain brought by Storms Ciara and Dennis brought significant disruption to the UK, and in certain instances, damaged the network infrastructure that operates in both rural and urban areas. Reporting infrastructure damage is straightforward; simply dial the free-to-call 105 emergency number, allowing SSEN to target engineer support where required.

The system enables anyone to call in from a landline or mobile – and automatically connects them to the network operator in their region – to flag up any areas of damage. This allows the network operator to act as quickly as possible and allow for repairs to be made that could otherwise escalate if left unattended.

In addition, the development of SSEN's Power Track app, which can be downloaded for free to any mobile device, means that power cuts and damage to infrastructure can be reported at the click of a button – even allowing the user to add photographs of the damage and its location – while keeping customers up-to-date on any power issues in their area.

SSEN's Network Operational Safety Manager, Ian Crawley said: "We appreciate how much people working on the land can assist us in keeping our network safe and secure. By reporting any issues they identify on our electricity infrastructure, they can help prevent power cuts or even the possibility of someone being hurt.

"I'd ask anyone who sees something associated with our network that causes them concern to contact us as quickly as possible. SSEN may need to gain access to land or property in an emergency, but the sooner we are aware, the sooner we can act and hopefully limit any further damage and allay any potential power cuts."

Network issues to look out for include:

• Damage to, or interference with, electricity substations

• Vehicles or construction activities too close to power lines

• Trees too close to power lines or substations

NFU (National Farmers' Union) South East Regional Director William White said: "I'd encourage all our farmer and grower members, along with their employees and associates, to add the 105 free-to-call emergency number to their phones. This number makes it easy to report any problems that they might see on farmland and in rural areas in relation to the power network. It's a quick and simple call that could even help save a life."

SSEN's customers can call 105 or download SSEN's Power Track app to report power cuts as well as damage to electricity power lines, substations or equipment that could put themselves, or someone else, in danger. Customers should always avoid approaching damaged or fallen power lines, keep at least five metres away, and report incidents immediately.

Ian added: "Both of these services are free to use and we'd urge anyone working in our rural areas to load them onto their phones, so they always have them to hand. They're incredibly easy to use and enable anyone to report issues quickly and safely."

Please click on the links to find out more about SSEN's Power Track app and the 105 number. If you would like further information on staying safe when working near power lines, please go to www.ssen.co.uk/SafetyLeaflets and www.ssen.co.uk/safety 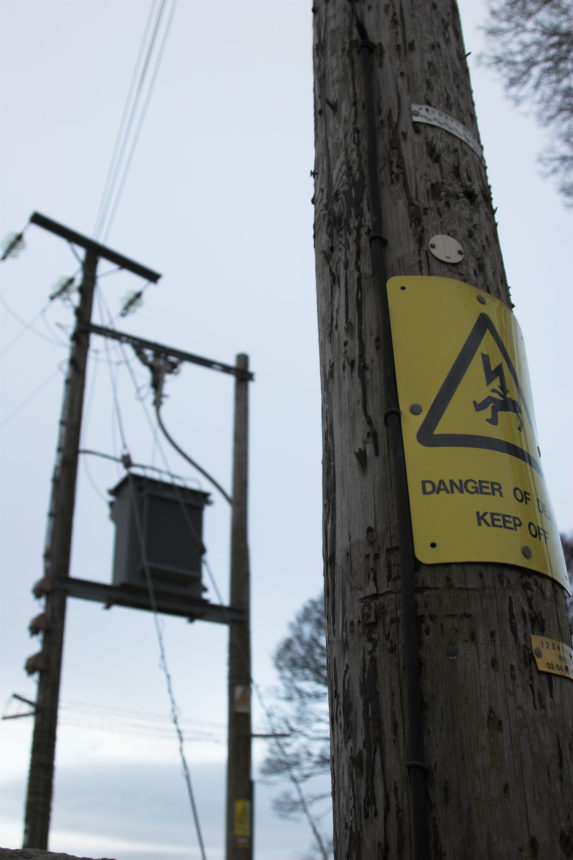