Busy 24 hours for our fire service

A fire broke out in the Grade II listed Chalmington Manor between Dorchester and Yeovil this morning (Monday 6th April).

At the height of the blaze there were 12 fire engines, 1 aerial ladder platform, 2 water carriers, 2 support units and numerous DWFRS officers. As well as this the fire service was backed up by Police, Ambulance, Electricity board and local landowners.

A local lake supplied the fire ground with water.

The fire, although damaging, did not destroy the entire property and the majority of the damage was confined to the roof space.

A number of firefighters from stations around the area were in attendance, including Devon & Somerset crews from Yeovil and Crewkerne, tackled the blaze.

The building has suffered significant damage to the roof and much of the second floor, but the ground and first floors have been saved.

Firefighters remained on scene for some time after to damp down and check for hot spots.

An initial fire investigation has concluded that the fire was started by accidental ignition during renovation works.

As the Dorchester crews returned to station, they found a present from 2 year old Charlie. A picture of a fire engine with the message… ‘stay well’.

Crews from Weymouth were also dealing with an unattended bonfire involving 4 large piles of grass cuttings at a property on Chickerell Road.

Last night (Sunday 5th Apr), a crew from Weymouth Fire Station extinguished a fire involving a private vehicle on Lansdowne Square. The Fire was in the driver compartment and engine was extinguished using 2 hose reel jets.

If helping people in this time of need appeals to you, remember that all retained DWFRS stations are recruiting now, contact your local station for more information. 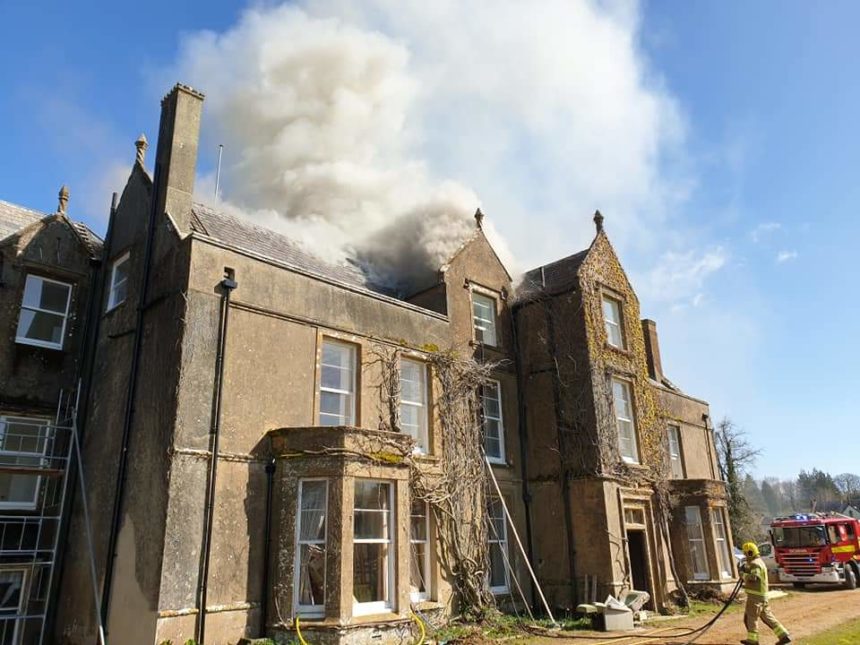 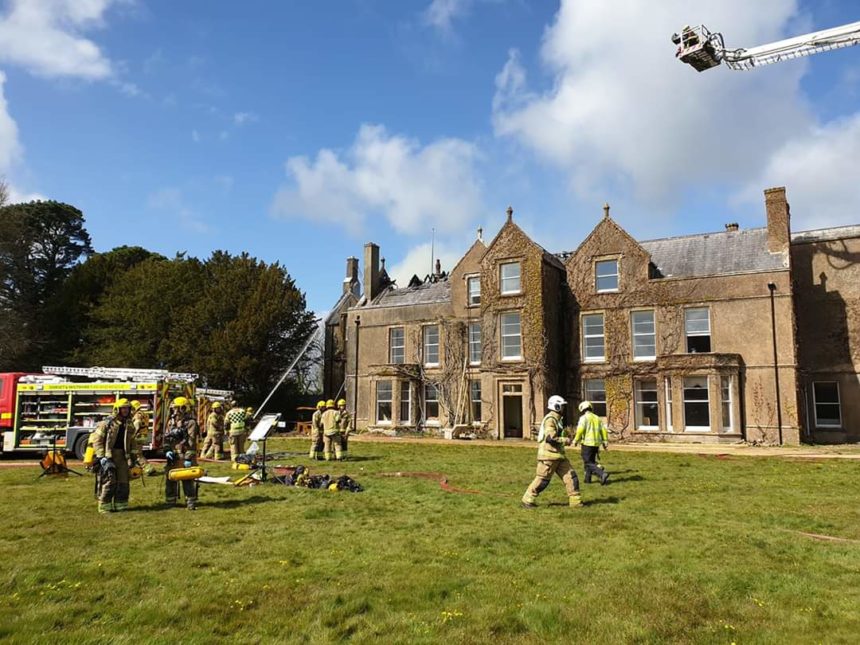 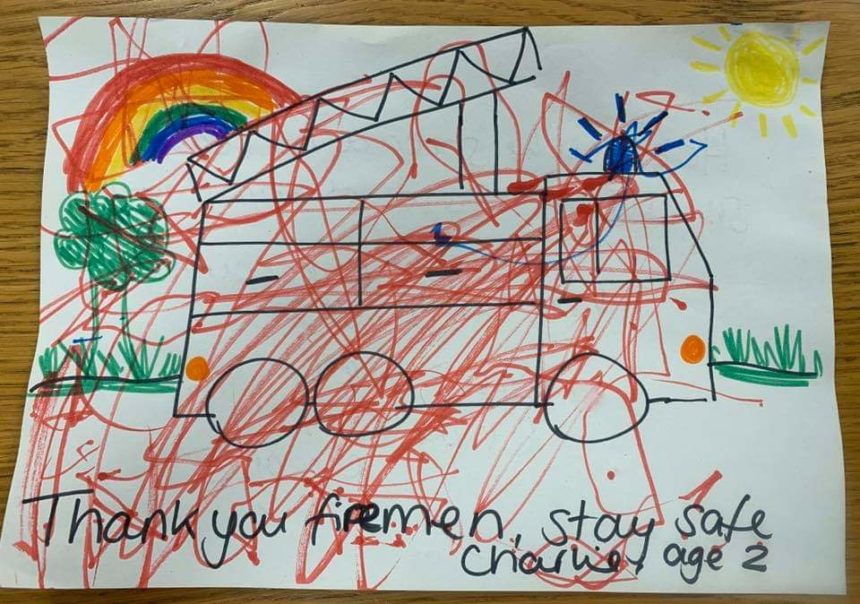 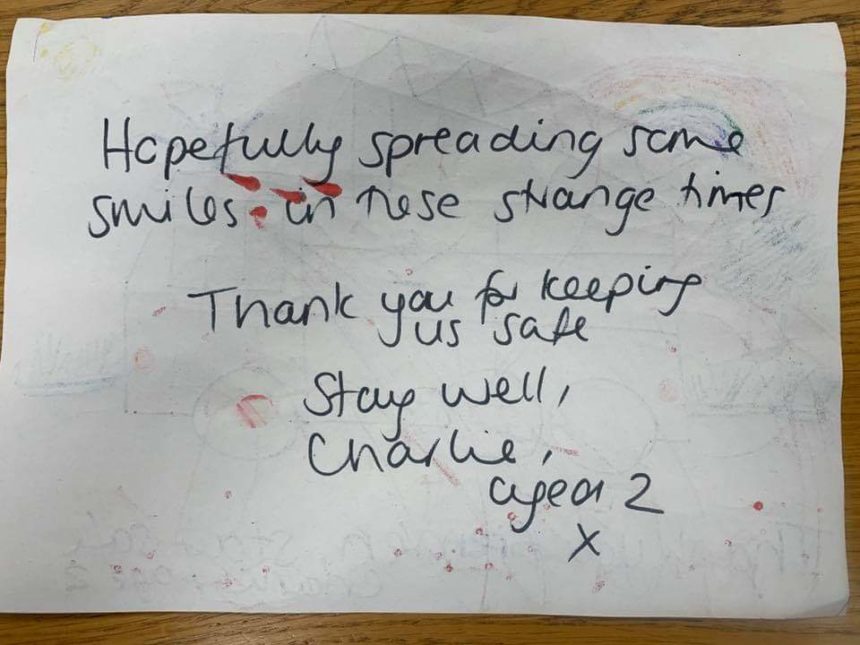