Kirsty and Martin ran to success on Sunday to raise money for the Dorset County Hospital Charity. They have told Keep 106 their story.

“We both indeed had a rest day yesterday. I think the garden is winning on recovery time!

“For those that swim, bike, run or all of the above, they will understand that training becomes a way of life and routine. This year we were set to take on multiple marathons, half ironman events in the UK and France, a full Ironman event in California and the grand finale was set for September where Martin was going to attempt a double Ironman distance with myself as Mount Snowdon support crew. Needless to say, life for us incorporates a lot of early mornings, late nights and 15-20 hours training a week. Then COVID-19 happens, resulting in most of the years races being cancelled.

“Two things inspired this silly idea. The first was finding something to keep motivated and not let our training go to waste. The second was the negativity on social media surrounding the current situation. We wanted to do something to make people laugh that in turn could raise some much needed funds for Dorchester hospital. It seems only appropriate here to mention that amongst all of the wonderful staff at DCH is our close friend Francesca Alford who is tirelessly working from nurse accomodation and isolating away from her family in order to remain front line. These guys are the real heores!

Listen to our interview with Kirsty and Martin

“So what can we tell you about the day….

“We set up and marked the course out with tape, water stations and most importantly created ‘socially distant’ supporters!! (photographs all around the route of friends from our local running and triathlon club).

“We have both done some crazy sporting events and taken on some huge challenges in the time that we have been pretending to be some sort of ‘athletes’ but this one just about tops it! Very early on it became clear that the 50m route around the garden didnt allow enough of a straight to pick up any sort of pace or stride length and it was going to be both long and painful! After 6 miles of negotiating corners, gates and paving slabs one way, we decided to wear the other hip and change direction. These turn around points soon became important milestones and one of the highlights of the race! It is amazing the maths that you can work out in order to pass the time, counting the laps then converting kilometres and miles into fractions and percentages!

“We were overwhelmed with the support from passers-by, cyclists, walkers to name a few that stopped to cheer and donate whilst out for their daily exercise. Local children clapped from afar and neighbours hung out of windows. Familiar faces were much needed support and encouragement when things got tough.

“Well there was certainly no award for speed, but we got the job done in a whopping 6 hours…. not quite the sub 4 hour Manchester marathon goal that we were hoping for on Sunday!

“That said, the most important numbers… From one little and crazy idea of keeping up our training motivation, we have managed to raise £2000 for Dorchester Hospital! We could not be more overwhelmed with the support and amazing generosity of everyone. Thank you so much! 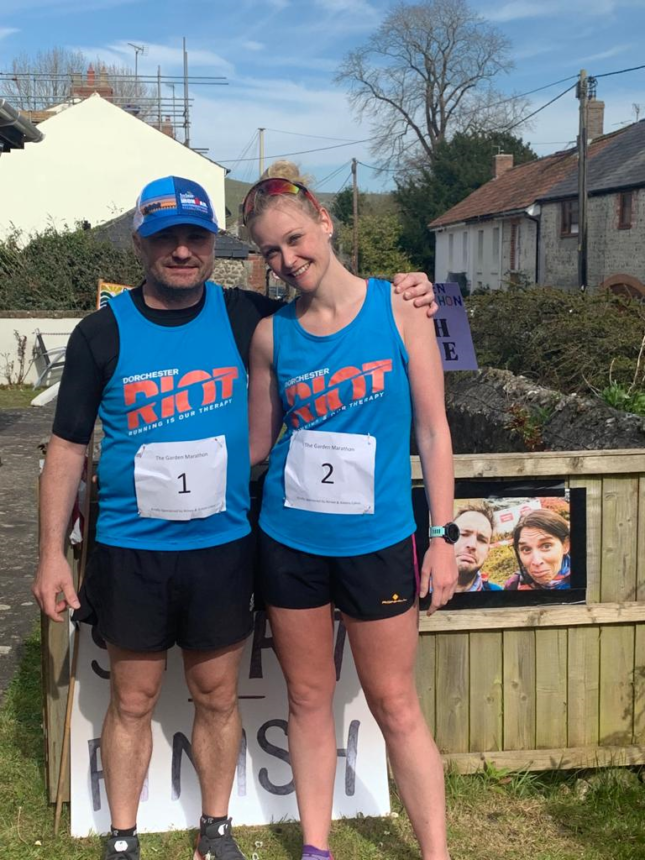 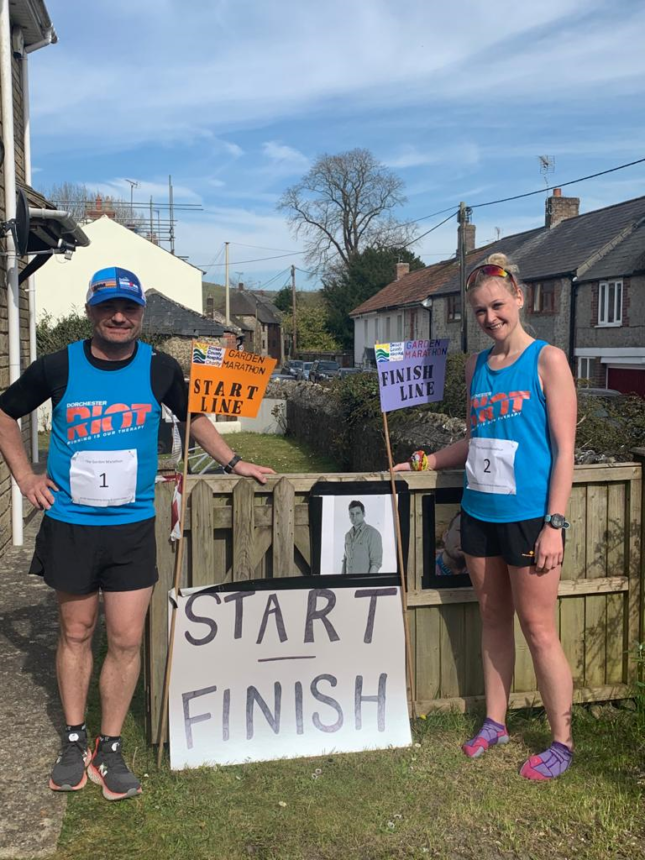