A Dorset sixth-former has led a drive to support a pioneering medical research programme that is helping to find a cure for Coronavirus. Tristram Waters, an 18-year-old Computer Science student at Bryanston School near Blandford, researched and developed a plan to capitalise on the School’s computing resources to support a ground-breaking US research programme that is playing a key role in searching for effective treatment of Covid-19 and other viral diseases.

Tristram’s initiative and foresight has led to Bryanston providing spare capacity on its computer network during the school shutdown to support a major supercomputing initiative known as Folding@home. As one of the world’s largest crowd-sourced computational biology programmes, Folding@home is co-ordinated and managed by scientists at Stanford University in California. Significantly, this pioneering work is now being used to find out more about the viral proteins associated with the Coronavirus to see how they work, how they suppress our immune systems and to help in the development of an effective treatment for the disease.

Tristram has continued to benefit from Bryanston’s Guided Learning Programme for pupils during the national lockdown, but has used much of his spare time researching and following online tutorials to help him build his own computer at home. It was during this work that he discovered the opportunity to offer the spare processing power of his new computer in support of Folding@home. His new computer is now contributing to the ground-breaking research programme. Bryanston has also followed the inspirational work of its pupil and is now also contributing spare computing capacity to boost the processing power available to Folding@home. Together, the combined processing capacity completed well over 150 ‘work units’ for the programme in just the first four days.

“It’s a tough time for everyone at the moment, but it’s a great feeling to know that I’m doing something that could really help us get to grips with this awful disease,” says Tristram. “Knowing I have spent four years building up to important exams which are no longer taking place has been extremely frustrating and, like pupils all over the country, I really miss not being with all of my friends at school.

“All of that is out of my hands, though. That’s why I wanted to do something positive, where I could try to use my skills to do something that could really make a difference. I’m really pleased I came across the Folding@home programme as it is playing a direct and vitally important role in helping us to overcome the current pandemic and I can provide tangible support without even leaving my home. And, the fact that Bryanston has now also made its spare processing available to the programme is great news.”

Andrew Barnes, Director of Technology at Bryanston, says that Tristram’s initiative has been truly inspirational, especially during a period of such uncertainty.

“Tris has really pulled out all of the stops and his resolve and commitment has turned a feeling of helplessness into something very fulfilling – both for himself and, ultimately, for every one of us. He has shown that finding a cure for Covid-19 from your own home and during a national lockdown does not have to be a fantasy! We were delighted to follow his lead as, in the current circumstances, much of our processing power was simply dormant. Now it is being put to good use and contributing to something that is not only worthwhile but is also at the cutting edge of medical research at the very time the world is looking for a scientific breakthrough to find an effective vaccine against a such a dreadful virus.”

Harnessing the power of tens of thousands of computers across the globe to perform massive and extremely complex computations to simulate viral protein dynamics, the Folding@home programme is helping scientists to understand how proteins ‘fold’ and how they impact on the ability of our bodies to stay healthy and fight disease. Enormous computing capacity is required to provide atomic modelling of proteins in a fraction of the time that it would take for even some of the most powerful computers. This computing power reveals solutions to complex biological problems at the level of individual atoms that would otherwise remain a mystery. Such insight is not only crucial in the fight back against the current pandemic, but also to minimise the health impact of any future viral outbreak.

Tristram’s plans to take a gap year following his final year at Bryanston are now on hold given the travel restrictions in place all over the world and he is now targeting a university placement to pursue his interest in science. 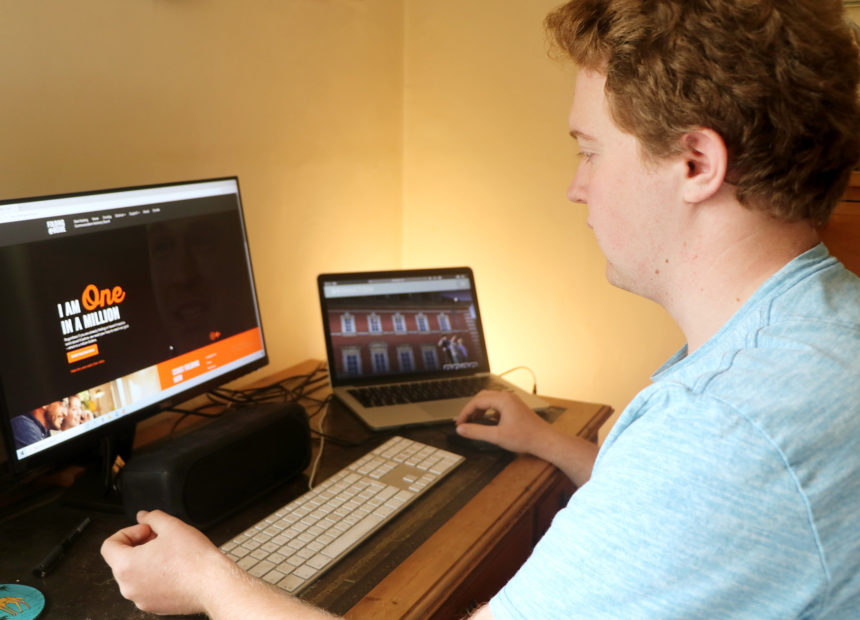