Dorchester Mayor to remain for another year

At a Full Council meeting on Monday, 18 May 2020 held online, due to the Covid -19 Pandemic, Councillor Richard Biggs was appointed Mayor of Dorchester for a successive year, the first time that this has happened in over 60 years. It was also agreed that Councillor David Taylor would continue in his role as Deputy Mayor.

The Mayor thanked the residents of the town for their support during the Covid – 19 crisis, proving once again that Dorchester’s strong community spirit lives on.

Whilst looking to the future, Councillor Biggs said: “Dorchester people will expect us to lead and to support the vulnerable. Where we can assist the local economy to move to recovery we will, and we will use our influence to lobby Dorset Council. At the same time, we will need to take account of the climate emergency and to not only carryout the improvements to make our buildings energy efficient but also to see that we support measures that help the Town’s residents and visitors to reduce their emissions, perhaps in ways we never thought possible before Covid-19 struck?”.

The Mayor also expressed his gratitude to his fellow Councillors and the hardworking Council staff.

During Richard’s previous Mayoral year, over £1000 was raised through collections at events such as the Maumbury Rings Music Day and from kind donations from local organisations such as the Rotary Clubs of Dorchester in aid the Mayor’s chosen charity, the Fire Fighters Charity. The Mayor sponsored a Charity Ball, organised by the team at Dorchester Fire Station, held in the Corn Exchange which was a great success and raised just under £3000.

The Mayor will this year look to support local charities working to help recovery and emerging legacy projects. Underspends from this year’s Civic fund will be rolled forward. The Mayor said “It is my intention to recognise those who have gone over and above during the crisis, understandably it is too early to plan for that just yet.”

The Mayor will be supported by his wife, Carolyn as Mayoress. 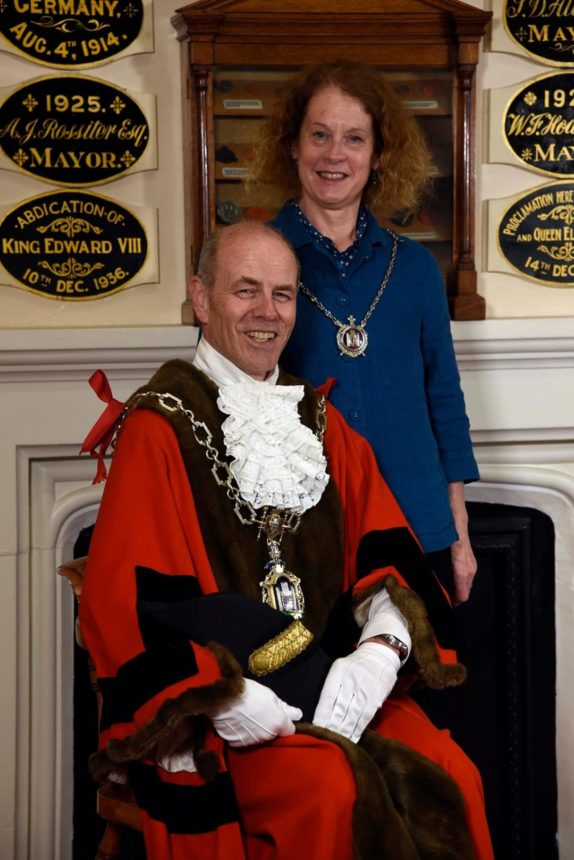