A body has very sadly been found in the search for a man who went missing in the water in the Purbeck area.

At 5.47pm on Sunday 21 June 2020 Dorset Police was called by the ambulance service following a report that a man – aged in his 20s and from London – had gone missing while swimming at Durdle Door.

It was reported that the man was swimming with two other people when he got into difficulty and did not return to the shore.

Extensive searches were carried out to try and locate him by a number of agencies, including officers from Dorset Police, members of the police dive team, HM Coastguard and the RNLI, with assistance from the ambulance service.

At around 12.35pm on Tuesday 23 June 2020 a body of a man was located in the water near to Man O’ War beach. While the body is yet to be formally identified, it is believed to be that of the man who went missing while swimming at Durdle Door.

His family has been informed and the coroner has been notified.

Chief Inspector Stu Pitman, of Dorset Police, said: “Our thoughts are with the family and friends of the man at this very difficult time.

“I would like to thank everyone involved for the prompt and co-ordinated multi-agency search effort and those members of the public who assisted in sharing our appeal.” 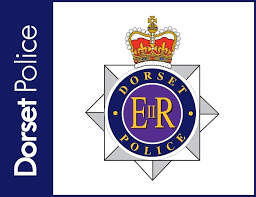