Purbeck Police have released a picture of a car that had all its tyres punctured after an attempt to get into Shell Bay car park after it closed by driving in via the exit.

The Studland car park has an exit that has one way spikes to stop drivers entering incorrectly.

The officers reported they got straight to work on ticketing vehicles that were dangerously, or illegally, parked in the area and also noted that the council had also been very busy issuing tickets.

One officer said “If I’m honest I was concerned I would run out of ink or tickets!”

A post on the Purbeck Police Facebook page about this story had received over 670 comments at the time of writing. 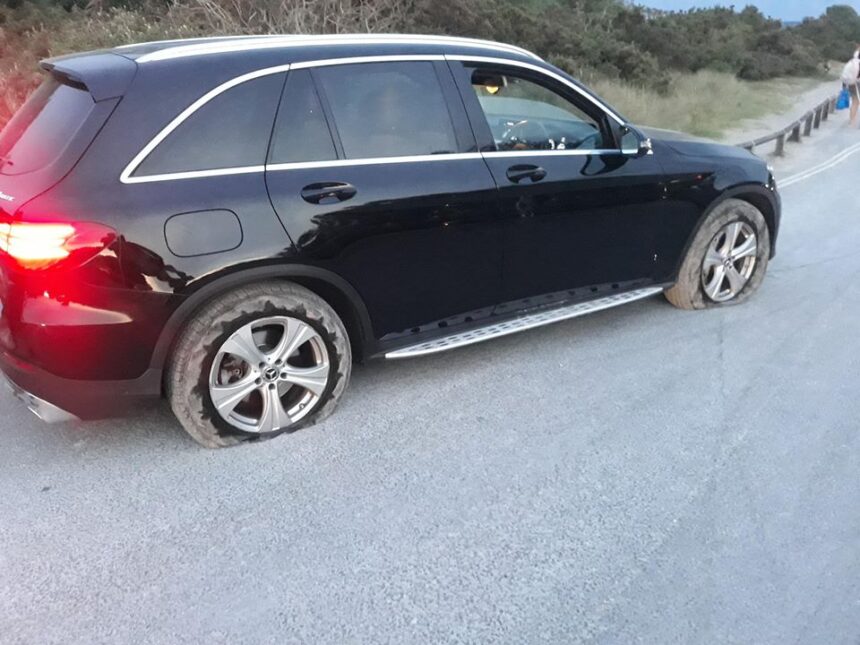