Dorset Police No Excuse team have expressed concern over speeding in Dorset.

On Wednesday last week they dealt with 33 three offences. Including a female driving a convertible at 101 MPH with a young child in the car.

A spokesperson said: “At the beginning of the shift on the A35 dual carriageway we dealt with one motorbike for riding without due care and a BMW at 95 MPH. The rider decided to squeeze between two unmarked police cars in his haste to make progress and the BMW overtook another one at 95 MPH.”

On the A30 Sherborne – Yeovil dual carriageway the no excuse team reported 6 people to court for travelling in excess of 96 MPH. They seized two cars and issued Fixed Penalties to the rest, mainly for speeding in the 86 – 95 MPH range, also one for a bald tyre and a number plate not conforming.

A Mazda MX5 and a Corsa were seized for no insurance. The MX5 driver stated he had a traders policy but then forgot all the details. The Corsa driver was thankful and apologetic stating she had let things slip, there also hadn’t been any tax on this vehicle since January.

On the way back on the A35 we recorded a Mercedes C220 at 112 MPH and another motorcyclist at 91 MPH. The Mercedes driver was in a hurry to get home to Hampshire but he will now have a court date in Dorset. 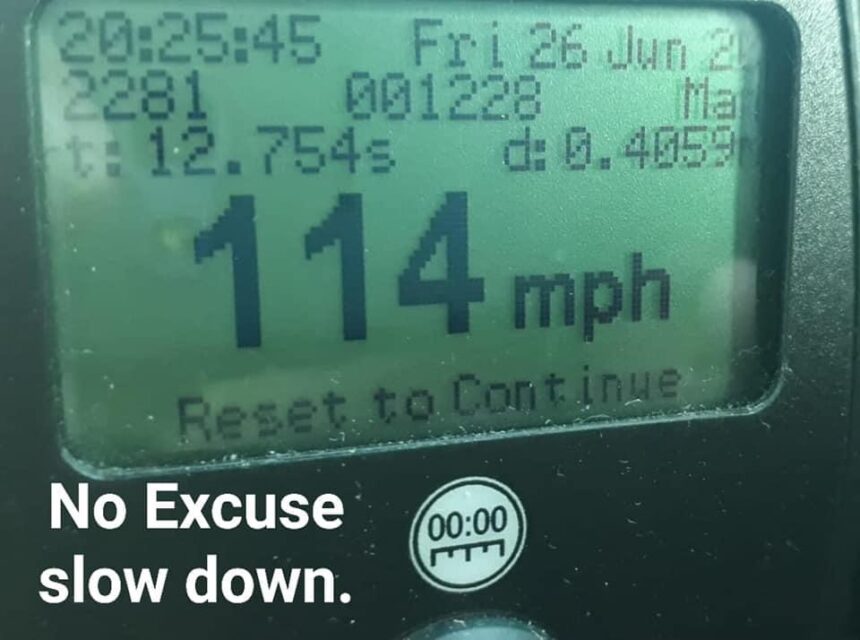 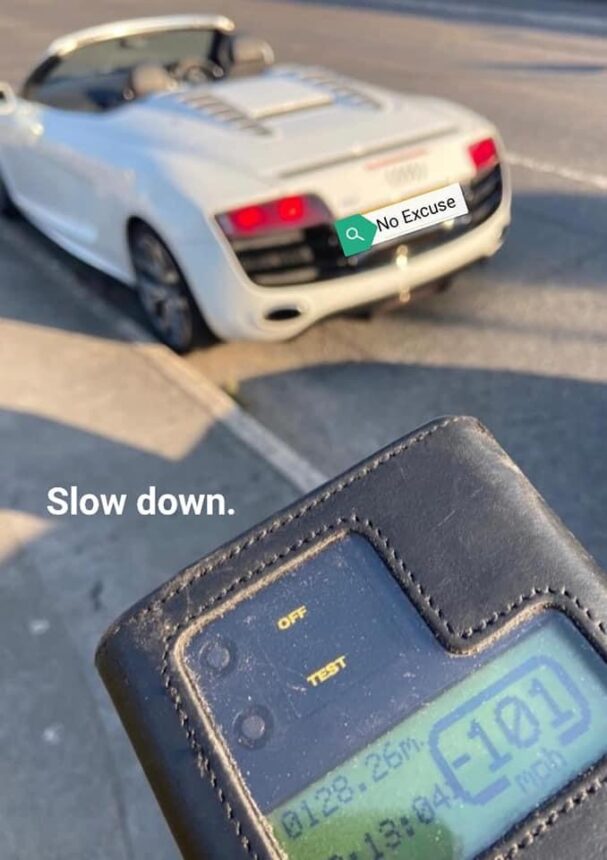