An investigation is underway into the cause of a fire in a block of flats in Dorchester this morning (29 June).

Dorset & Wiltshire Fire and Rescue Service was called to the five storey building on Bitter End at 4.02am, after multiple reports of a fire in a communal area on the second floor.

Firefighters rescued two people by ladder from a second floor balcony, while two others were led to safety from another flat on the same floor. The whole building was evacuated as a precaution.

Volunteers from the British Red Cross emergency response team based at Springbourne fire station are attending the scene to support those affected. All occupants have been accounted for and no injuries are reported.

As at 7am, the incident has now been scaled back to two crews from Dorchester, supporting the fire investigation. 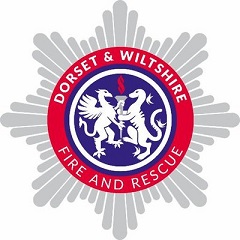