Why Mattâs 24 hour Devon to Dorset challenge is so much more than a sponsored walk.

When it comes to his relationship with Weldmar Hospicecare, Matt Smith is not only the charityâs Director of Fundraising and Marketing. He’s recently spent time – twice – at their Inpatient Unit in Dorchester as a family member, as two much loved members of his family were being cared for.

It was very recently, on June 27th, that his aunt, Caroline, sadly passed away at the hospice.

“It was all very quick for us as a family”, says Matt, “but she received the best possible care there, that she could have had at the end of her life. She was made really comfortable, which was important for her, and for us as a family.”

Just six months earlier, in December 2019, Matt’s Grandad was also cared for by Weldmar, and spent six days at the IPU surrounded by his wife, daughters, grandchildren, and family. Again, Matt says the care he received was exceptional, as well as the support given to his Nan and the rest of the family.

Matt started fundraising for Weldmar as a teenager, when his Aunt Geraldine spent her last days at the hospice in August, 2000. So determined was he to give something back for the care she received, Matt started to grow vegetables – tomatoes, runner beans, courgettes and more – and sold them on his doorstep, making Â£25.

Almost twenty years later, and Matt has already raised more than Â£1,200 on his online fundraising page, just five days after announcing he was taking on his ‘Devon to Dorset 24 Hour Challenge’ in memory of Caroline.

Matt says he has taken it as an opportunity to step up and do something, as Weldmar goes through a challenging time. “I am very proud and privileged to be able to work for such an amazing charity, but as one of the Directors, I know just how difficult it is to raise funds at the moment, to enable us to continue providing these services completely free of charge, to everyone who needs it.

“Covid-19 has had a significant impact on income but the care continues. People still deserve to be treated with care, compassion, dignity and respect and now, more than ever, Weldmar Hospicecare needs our support.”

So, Matt, on the first weekend of September 2020, is taking on his ‘Devon to Dorset 24 Hour Challenge’ – a walk of over forty miles, starting at Ladram Bay in Devon and finishing at Weldmar’s IPU in Dorchester.

Why Ladram Bay? It was like a second home for Caroline, who loved spending time in the caravan she had there, including hosting many family gatherings over the years.

Matt has started a Facebook group to keep friends, family, and supporters up to date with his training and progress, and has recorded a video message, explaining his reasons for taking on the challenge.

He’s also asked for donations to his Just Giving page in lieu of gifts and cards for his birthday this July – justgiving.com/fundraising/devontodorset 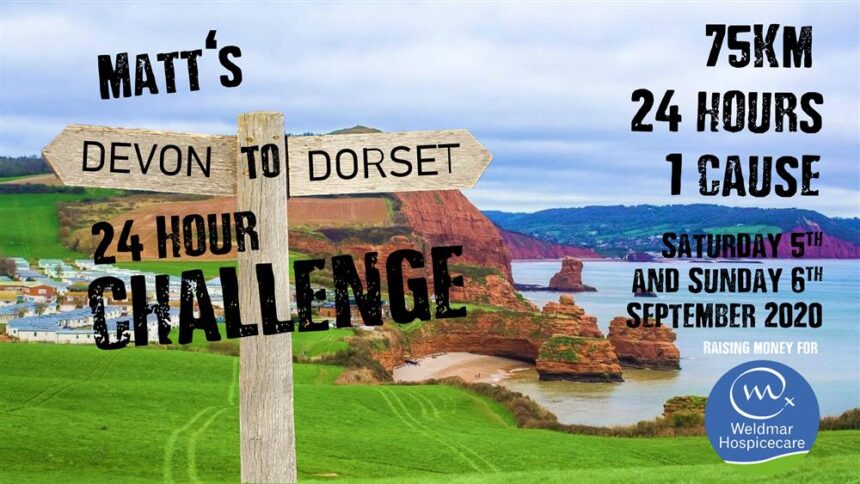 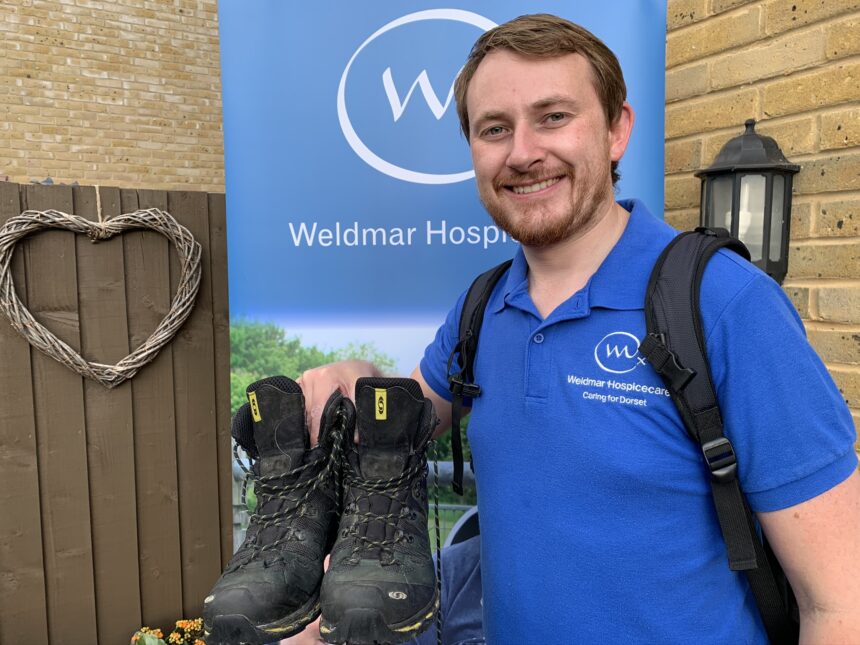