UPDATE 9th July – The travellers have left the Great Field at Poundbury. They were gone when our reporter was there on Wednesday afternoon with very little rubbish left behind, apart from a few branches from a tree or hedge.

The travellers had arrived several days ago causing some concern to local people.

Around 10 caravans and other vehicles were on the field, including horses.

Work is due to begin on the Pavilion and whilst families are starting to enjoy this green space once again, after lockdown, it had become a space for travellers.

Cars and vans had been seen driving across the field.

The Duchy was involved and was taking action. The police were also aware and undertook regular patrols overnight for as long as necessary. 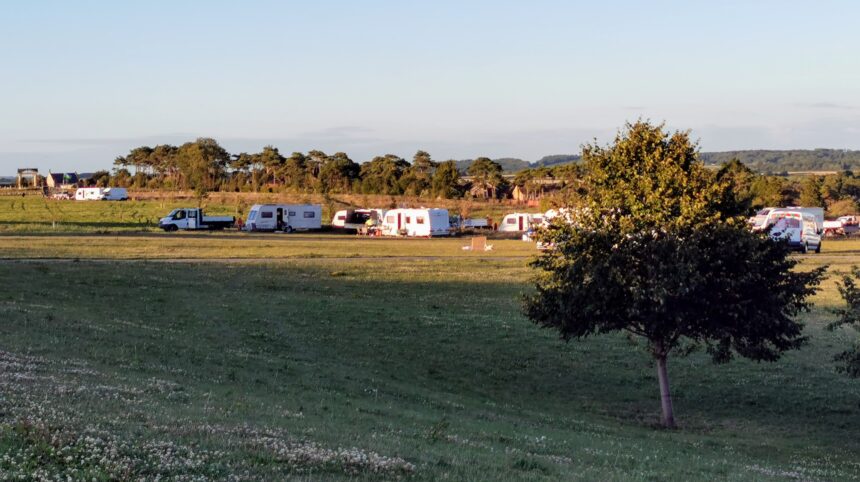