Next time you go to a beach in Dorset you should spot some new banners up. Litter Free Coast and Sea have coordinated a coast wide campaign with most of Dorsetâs resort beaches joining together with the call for beach goers to âSlam Dunk the Junkâ.

We have all seen reports of more littering and aggressive behaviour since lockdown measures have begun to ease so it is hoped that these new banners and posters for local takeaway food outlets can help.

Litter Free Coast and Sea is a partnership initiative, hosted by Dorset Coast Forum, that has been running since 2012. They have experience in designing effective behavioural change campaigns based on well research behavioural change psychology theory in conjunction with community groups, landowners and the target audience.

Matilda Manley from Litter Free Coast and Sea explained the theory behind the campaign messaging âSlam Dunk the Junk is fun and non preachy. No one likes being told of or told what to do, especially at this time when there are so many rules to follow for social distancing etc. We have designed the artwork to be liked by adults and children alike â children are great influencers so if we can get them to like it, they can make sure their parents are following the message!â

Matilda went on to say âSome of the banners use the messaging âMost people who visit this beach use the bin or take their litter home. Will you?â Research shows that people donât change behaviour based on rational persuasion; they change to conform to those around them. People are like sheep; we subconsciously copy what others are doing. This is why we have to highlight all the people that DO put their litter in the bin or take it home, not those that do not in our campaign messaging.

Some of the banners also say âWe love Weymouth Beachâ for example. This is another technique we want to utilise because it helps builds pride of place. By showing visitors to our beaches that there are people here who love it and care for it, research shows that beachgoers will be more inclined to show respect for that beach.

The campaign was designed with local graphic designer Rowena Taylor, West Bay Community Forum, #5thingsclear, Litter Free coast and Sea volunteers, Town Councils, Beach Managers and landowners up and down the coast. It was a real collaborative effort.â

Some Dorset beaches have seen an increase in late night beach use and overflowing bins recently so Litter Free Coast and Sea have designed bin stickers that ask âIf this bin is full, please take your litter home.â When asked about overflowing bins Matilda explained âMany people ask why bins cannot be emptied later in the evenings and we have asked the same questions. The problem is that waste collected has to be delivered to waste transfer stations and these places are not open 24 hours. Plus, on most of Dorsetâs resort beaches the bins are emptied throughout the day from 6 am â 7 pm so these guys do need to go home and rest at some point!â

We are supporting the Litter Free Coast and Sea âSlam Dunk the Junkâ campaign. Show your support too, love Dorsetâs beaches and slam dunk the junk. 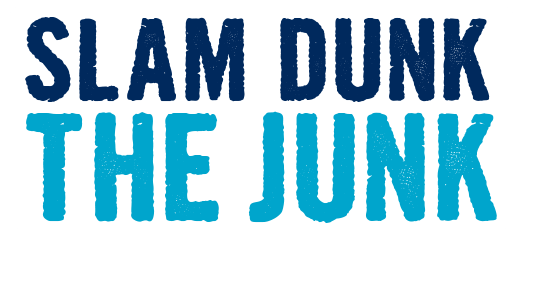 The banner at Weymouth 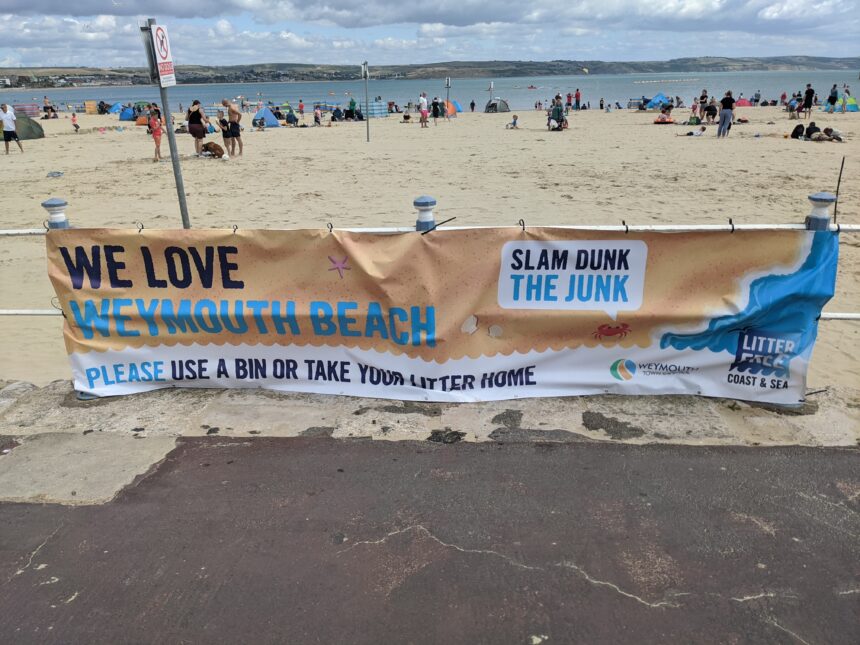 The banner at West Bay 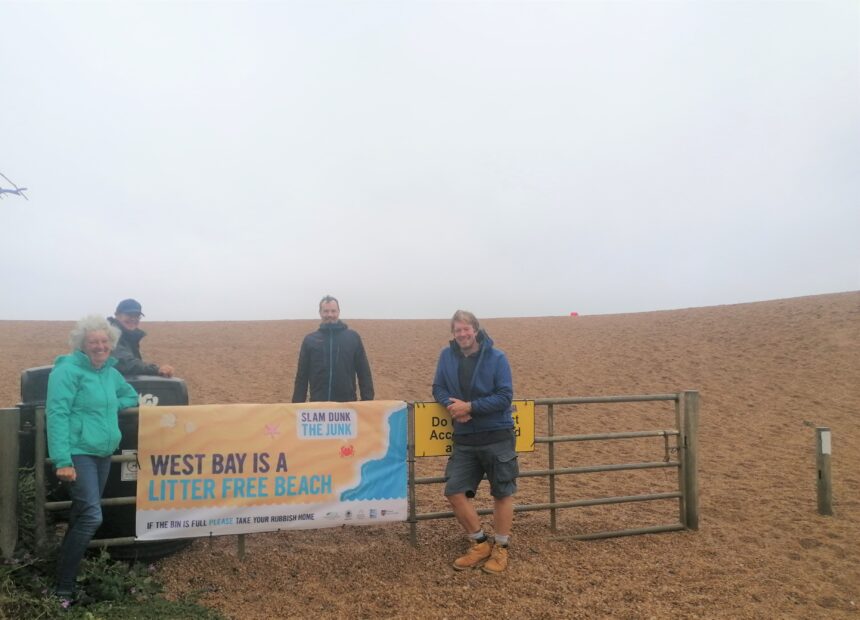 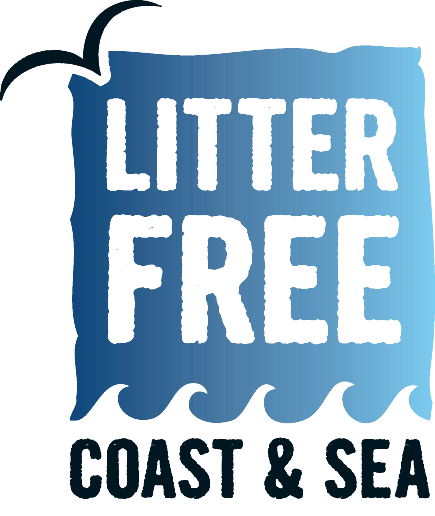