A man has been jailed for more than five years for drug dealing offences in Weymouth.

Jebb James Green, aged 29 and of Lewisham, London, was sentenced at Bournemouth Crown Court on Monday 14 September 2020 after admitting two charges of possessing class A drugs with intent to supply.

He was sentenced to five years and three months in prison.

At around 5pm on Wednesday 10 June 2020 an officer on patrol in the Greenhill area saw Green involved in an exchange with a known class A drug user.

Green was located in a public toilet a short time later and was detained by the officer for a search. He was taken to Weymouth police station for a strip search, where officers established items had been concealed in his bottom.

Court extensions were granted to keep Green in custody while officers waited for him to pass the items and after more than 190 hours officers recovered three packages that were found to contain more than 100 wraps of cocaine and more than 50 wraps of heroin.

Detective Inspector Scott Johnson, of Weymouth CID, said: “Green’s attempt to conceal the drugs resulted in considerable police resources being taken up as he had to remain under constant observations until the items could be recovered.

“Dorset Police will make full use of the legislation available to us to ensure that those concealing dangerous drugs in such a way are detained in order that they can be recovered and to prevent further distribution.

“I hope this case shows that drug dealers who think they can beat the system by concealing their illegal substances will be dealt with strongly by the court.

“We recognise the detrimental impact drug-related activity has on our communities and are committed to doing all we can to disrupt the supply chain.” 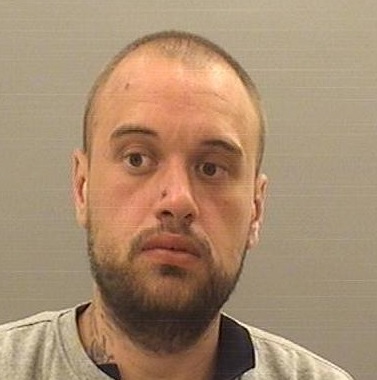