Plea from Dorset County Museum to Save the Dewlish Mosaic !

Dorset County Museum is appealing for donations to help save part of a mosaic which was found in a Roman villa in Dorset.

The 1,600-year-old Roman floor panel showing a leopard attacking an antelope was unearthed by archaeologists in Dewlish in 1974. The mosaic, measuring 2m by 2.4m, was discovered in the
grounds of Dewlish House and is thought to have formed part of the flooring of a villa. The acquisition will present a perfect opportunity to reunite the new mosaic with two other fragments
from the same mosaic which are already cared for by the team at Dorset County Museum.

Dr Jon Murden the museum’s Director said: “It’s a critical part of this county’s heritage as well as being internationally significant, I am incredibly confident that we will be able to purchase it – so confident we have already identified a place for it when the museum reopens in 2021 following the Â£16m redevelopment.”

Alongside a number of pledged gifts, including that of an anonymous American donor, Dorset County Museum is hoping to secure gifts from major national acquisition funds, but are also asking
for support from individuals who believe that this treasure should be saved for the Nation.

The mosaic is currently subject to an export bar, imposed by the government to help prevent objects of national importance from leaving the county. The bar was due to expire on October 16th, but has now been extended until January 2021 after the Museum made its intentions to buy the mosaic known.

If the campaign is successful the mosaic will be installed in the newly redeveloped Museum which will be reopening in 2021. The Museum will include reimagined and inspirational new galleries which will collectively tell the story of 250 million years of Dorsetâs history and display collections of National and International significance.

To find out more the Dewlish mosaic and how to donate, please visit the website at https://dorsetcountymuseum.org/help-us-secure-the-dewlish-mosaic/ 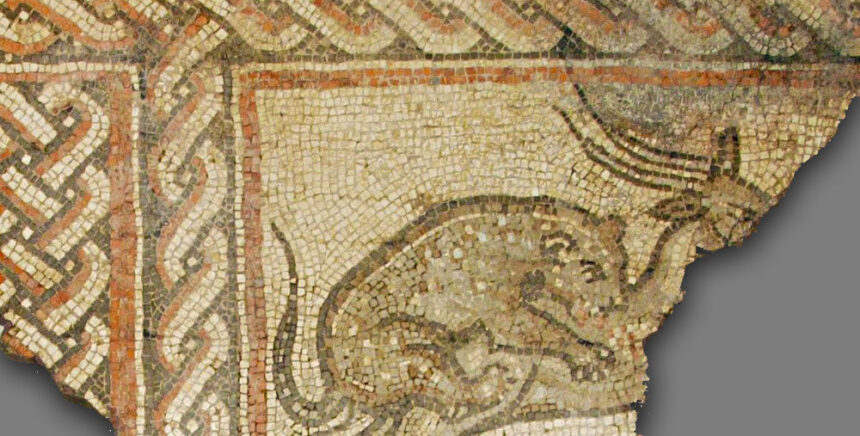