A man who raped an 11-year-old girl on Portland has been jailed for seven years.

James Connell Loveman, aged 23 and of Portland, appeared at Bournemouth Crown Court on Friday 27 November 2020 to be sentenced for offences of rape and assault by penetration. He was found guilty of the charges following an earlier trial at the same court.

Loveman had previously admitted an offence of sexual assault of a female aged under 13.

The victim, who was 11 at the time of the incident, was with her 14-year-old friend on the night of Friday 30 August 2019 and they had spent the evening walking around Portland. At around 1.30am on Saturday 31 August 2019 they were in the area of Easton Square when they met a man who was sitting on a bicycle.

They walked with him to an old windmill to the south of Park Road, where they chatted for a time before the victimâs friend went outside. Once he was alone with the victim, Loveman sexually assaulted her and then raped her before riding off on his bike in the direction of Weston.

Following an investigation led by detectives from the Forceâs Major Crime Investigation Team (MCIT), Lovemanâs DNA was found to be a match of a profile obtained from the victimâs clothing and he was arrested on Saturday 7 September 2019.

The victim said that the incident had terrified her and she came forward because she did not want Loveman to do the same thing to someone else and that she would not wish what happened to her on anybody.

She added that she had been hurt by comments made, including online, which implied that she or her family were in some way at fault for what happened or that she had lied.

The victim said in a statement: âThis journey wasnât easy at all.

âThank you to the people who helped and supported me through these tough times.

âFor everyone else, think twice about what you say because you donât understand how much it could affect someone.

âA word for people who were in the same position as me, it is never your fault. Speak out and take back your rights.â

Detective Inspector Wayne Seymour, of MCIT, said: âThis was a horrific sexual attack of a young victim and I would like to praise the girl involved for the courage she displayed in coming forward and supporting the investigation and trial process.

âI want to thank her and all those involved in the investigation for their assistance in helping to bring James Loveman to justice for his horrific crimes.

âI hope this case demonstrates that we will support victims who report sexual offences and do all we can to identify the culprits and hold them accountable for their actions.â

If you have been the victim of a rape or sexual assault and want to report it directly to police, contact Dorset Police via 101 and ask to speak to a specially trained officer. In an emergency always dial 999.

We acknowledge that not everyone will want to report a matter directly to police. The Shores is the sexual assault referral centre for Dorset and its expert staff are independent of the police.

If you have been subject of a sexual offence and are not sure if you want the police to be involved, then you can call or visit The Shores to talk about what happened. The Shores can be contacted on 01202 552056 and more details about their facilities can be found on their website www.the-shores.org.uk 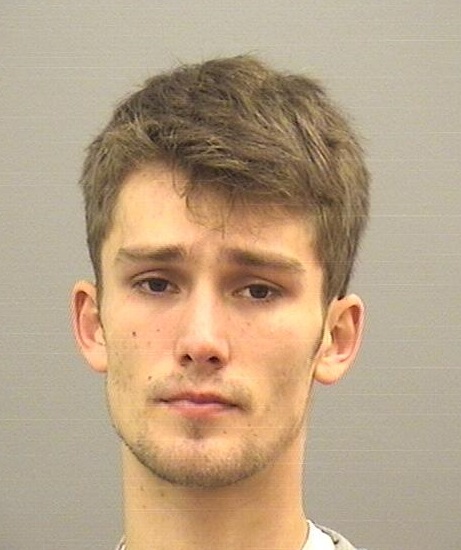