Officers investigating a fail-to-stop road traffic collision in Weymouth are appealing for witnesses or anyone with relevant dashcam footage to come forward.

At around 8.30pm on Sunday 29 November 2020 a collision occurred in Rodwell Avenue in which a parked Audi A3 was struck by another vehicle.

The Audi sustained scratches to its side and damage to a wing mirror. The other vehicle involved is reported to have driven off in the direction of Rodwell Road without stopping at the scene.

It is described as a dark grey vehicle, similar to a Vauxhall Zafira or Ford C-Max.

Police Constable Simon Rogers, of Dorset Police, said: “We are carrying out an investigation into this incident and I am appealing to any witnesses or anyone who may have captured anything relevant on dashcam to please contact us.

“It is likely the vehicle involved sustained damage to its offside and possibly a broken wing mirror as it struck the parked vehicle with some force.

“I would also like to hear from anyone who is aware of a vehicle matching the description given that has sustained damage recently in unexplained circumstances.”

Anyone with information is asked to contact Dorset Police at www.dorset.police.uk, via email 101@dorset.pnn.police.uk or by calling 101, quoting occurrence number 55200179767. Alternatively, to stay 100 per cent anonymous, contact the independent charity Crimestoppers online at Crimestoppers-uk.org or call Freephone 0800 555 111. 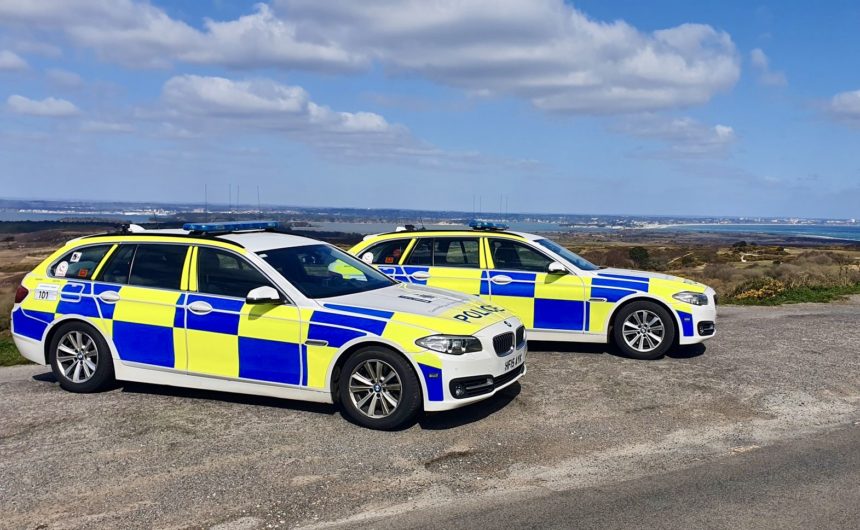