Officers investigating a burglary and the attempted theft of vehicles on Portland are appealing for witnesses or anyone with information to come forward.

At around 5.30am on Friday 1 January 2021 someone entered a house in Easton Street and took a set of keys. A blue Ford Focus that was parked on the road outside was stolen, as well as a menâs Adidas coat.

It is reported that the Ford was driven to Weymouth, where it was subsequently involved in a collision and later found abandoned on William Street.

There were also two reports of the attempted theft of vehicles in Easton Square. These are believed to have occurred at around 4am on Friday 1 January 2021.

Detective Constable Neil Hooker, of Weymouth CID, said: âOfficers are treating these incidents as linked and have been carrying out a number of enquiries, including house-to-house visits.

âI am appealing to anyone who witnessed any suspicious activity in the Easton Square area of Portland around the relevant time to please get in touch.

âI would also like to hear from anyone who may have seen the Ford being parked on William Street and has any information about the driver.

âFinally, please can residents check their home CCTV systems for any relevant footage to assist my investigation.â

Anyone with information is asked to contact Dorset Police at www.dorset.police.uk, via email 101@dorset.pnn.police.uk or by calling 101, quoting occurrence number 55210000236. Alternatively, to stay 100 per cent anonymous, contact the independent charity Crimestoppers online at Crimestoppers-uk.org or call Freephone 0800 555 111. 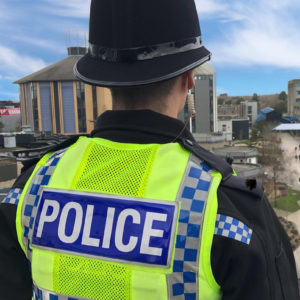