Appeal for information following incident involving a dog in Weymouth

Officers are appealing for anyone with information to come forward after a man sustained an injury during an incident involving a dog in Weymouth.

At around 9.40pm on Monday 8 February 2021 a man and woman were walking their dog on the beach near to Greenhill Bowling Club when a Staffordshire Bull Terrier – that was being walked by a man and a woman – approached and went to bite the victim’s dog on the throat.

One of the owners of the Staffordshire Bull Terrier jumped on it to stop it from trying to attack the victim’s dog.

The Staffordshire Bull Terrier had brown or black brindle fur with a white patch on its chest and a red collar.

The male owner of the attacked dog sustained an injury to his finger during the incident and the dog itself sustained two puncture wounds.

The female owner of the offending dog is described as white, aged in her late 30s or early 40s, approximately five feet four inches tall and of slim build with shoulder-length blonde hair. She was wearing a black coat, light blue jeans and boots.

The male owner of the Staffordshire Bull Terrier is described as white, around six feet tall and had long brown hair that was worn in a ponytail. He was wearing a black coat with dark blue jeans and had his right ear pierced with a hoop-style earring.

Police Constable Jennie Sykes-Martin, of Dorset Police, told KeeP 106: “Although the owners of the Staffordshire Bull Terrier tried to intervene, this incident left the man and woman petrified for the safety of both themselves and their dog.

“As they did not leave their details, I need to identify them for my enquiries. I am keen to hear from anyone who may recognise the dog owners from the descriptions given.

“I am also appealing to anyone who was on the beach at the time and witnessed what happened to please get in touch.”

Anyone with information is asked to contact Dorset Police at www.dorset.police.uk, via email 101@dorset.pnn.police.uk or by calling 101, quoting occurrence number 55210023460. Alternatively, to stay 100 per cent anonymous, contact the independent charity Crimestoppers online at Crimestoppers-uk.org or call Freephone 0800 555 111. 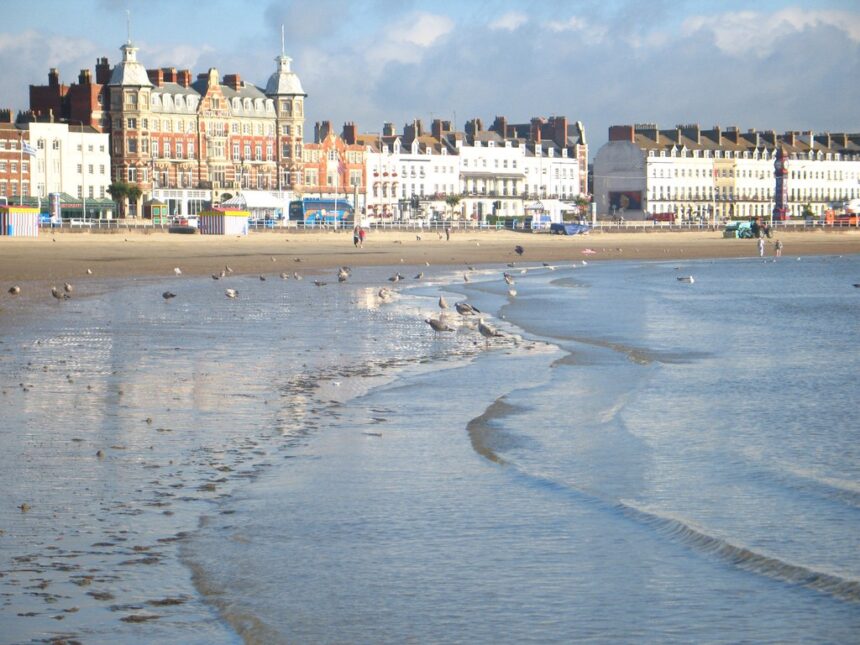