Over 60 firefighters have been tackling a 200m x 200m heath fire at White Sheet Plantation, near Wimborne.

Dorset & Wiltshire Fire and Rescue Service (DWFRS) was called at 4.48pm on 5 April for the fire, which was spreading quickly due to the dry and windy conditions.

As at 8pm (Monday 5th April), there were fire crews in attendance from Wimborne (x2), Ferndown, Poole (x2), Swanage, Verwood, Christchurch, Sturminster Newton, Blandford and Redhill Park, together with small 4Ã4 appliances from Wimborne, Ferndown and Ringwood; water carriers from Ringwood and Poole; a support appliance from Hamworthy; and the Unimog from Wareham.

Local people are asked to avoid the area while the firefighting operation continues.

The cause of the blaze is not yet known.

By 9.30pm â the incident was being scaled right back to two appliances on scene overnight as the fire is now under control. A decision will be made in the morning about any further action needed. 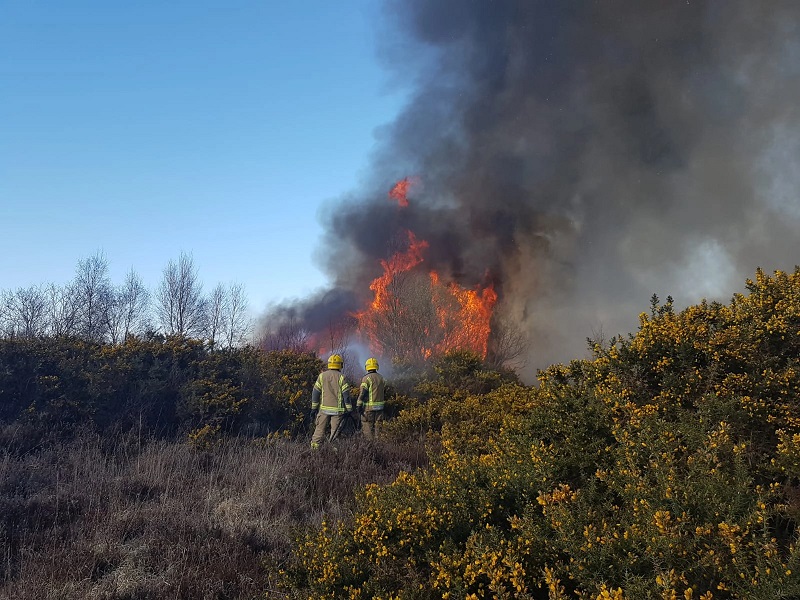