Weymouth RNLI Lifeboat station has taken delivery of an Atlantic 85 Inshore Lifeboat (ILB) which will replace the aging relief Atlantic 75.

The new Atlantic 85 named âJack and Phyl Claireâ is a larger, more modern and capable boat and features an additional 4th crew seat as well as an integrated communications system, radar and direction-finding equipment to enhance its Search and Rescue capability, along with advanced navigation systems.

Powered by powerful twin 115hp four stroke engines which give it a top speed of 35 knots, the lifeboat is also faster and more economical than its predecessor, and is also friendlier to the environment.

Weymouth RNLI volunteer Lifeboat crew will be undertaking numerous training sessions over the coming weeks to thoroughly familiarise themselves with the operation of this very capable craft.

Jack and Phyl Claire was escorted into Weymouth Harbour on Monday 19th April 2021 flanked by Weymouth all weather lifeboat and the current Inshore lifeboat.

The boat will go on operational service later in the year. 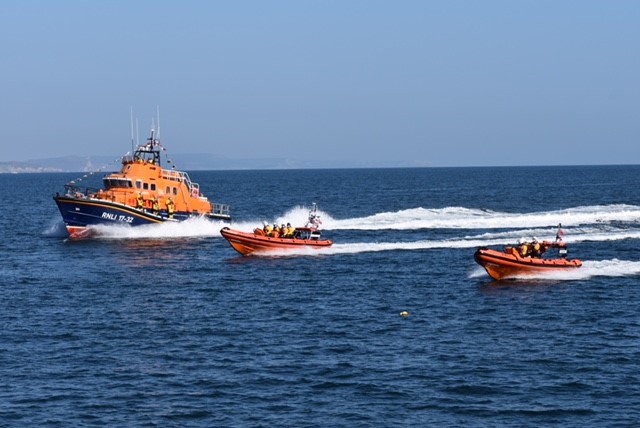