As of Friday 14th May the A35 westbound carriageway between Bere Regis and Stinsford remains closed to allow for investigations into the exact cause and scale of the sink hole which appeared near the Troytown junction on Tuesday.

The official diversion is from Bere Regis to Wool and on via the A352 through Wool and Broadmayne, etc.

On 11th May Dorset Police reported that the westbound carriageway of the A35 Puddletown bypass at the Troytown junction had been closed due to the appearance of a sink hole.

A spokesperson said “Police were informed at 3.23pm that there is a sink hole on the A35 Puddletown bypass at the Troytown junction.

“The road is currently closed and motorists are asked to use alternative routes. Highways are dealing.”

According to Highways England Facebook page: “#A35 Westbound is being closed from #Troytown due to an emergency repair. Diversions are in place. We expect the road to be closed overnight.”

Amongst hundreds of comments on social media Rich Glew suggests that the hole had been repaired that morning but then collapsed again afterwards, though we cannot confirm this. Another by Charlotte Polley remarks that “this is what me and ChloÃ© hit on the way back.” There are many similar comments.

On a lighter note, Mark Fraser says “There is a hole. Police are apparently looking into it”. 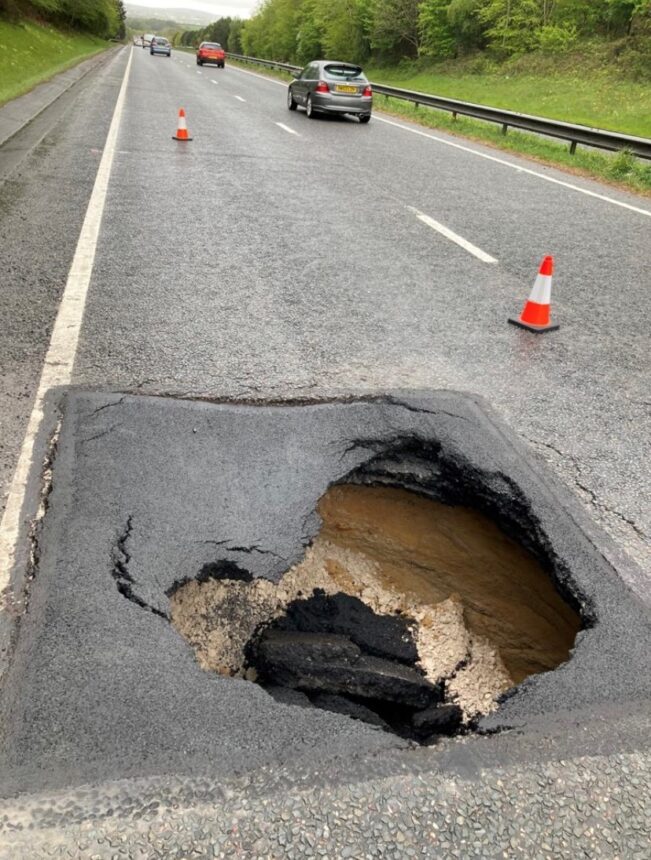