Weymouth RNLI Inshore lifeboat was launched on the afternoon of Saturday 19th June to reports of someone in the water at Newtons Cove with leg injuries believed to have been caused from a propeller of a boat which had been towing a ringo.

It is believed that the injuries may have been sustained whilst attempts were being made to release a line from the fouled propeller of the vessel.

By the time that the lifeboat had launched, another vessel which had been nearby was on scene and had administered first aid to the injured person before taking them back to Weymouth Harbour and a waiting ambulance.

The Inshore lifeboat took the vessel with the fouled propeller under tow and back to the town slipway at Commercial Road. 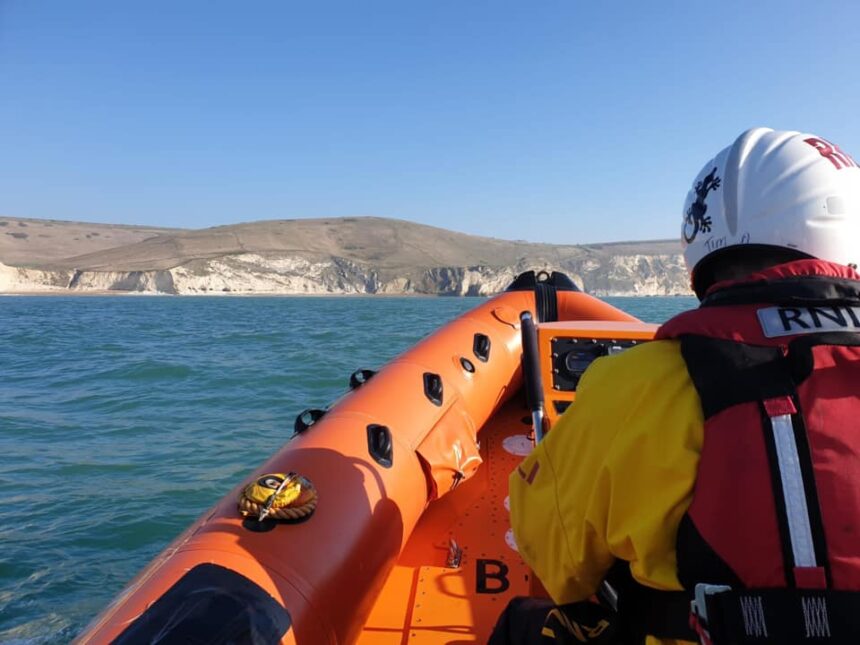