Activist group Animal Rebellion has told KeeP 106 that they held a sit-in from noon on Saturday in the St Marys Street Weymouth branch of the McDonalds restaurant. Branded a McSit-in, they say areas of the restaurant were occupied for 2 hours.

The protesters are urging McDonalds to change “to a fully plant-based menu to address the climate, ecological and animal destruction they cause on a daily basis.â

This action comes a month after Animal Rebellion, a sister organisation to Extinction Rebellion, say they blockaded all four of McDonaldâs UK distribution centres, effectively shutting down the UK supply chain of the fast food company. Animal Rebellion say 1,300 restaurants were affected by the blockades, which lasted between 19 – 30 hours.

Jon Williams from Wyke Regis, Weymouth, an activist at the Weymouth sit-in, commented: âWe are in the middle of a climate and ecological emergency and we are still consuming huge quantities of meat on a scale that is just not sustainable for our planet. This has to stop.â 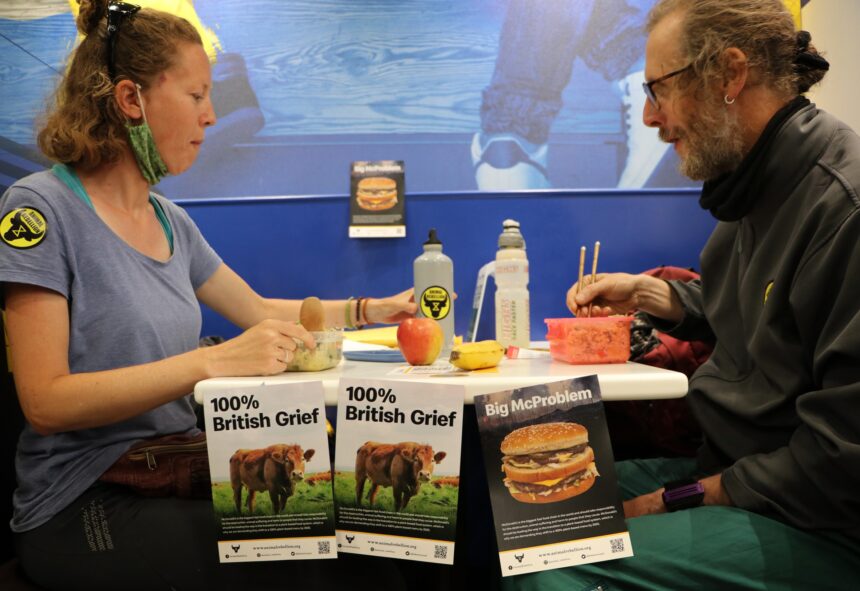