After an 18-month delay caused by COVID, the Keep Military Museum commemorated the 75th (now 76th!) anniversary of Victory over Japan and the end of the Second World War over the weekend of 14th/15th August.

On Saturday 14th a service was held at the Kohima Memorial Stone outside County Hall.Â  Conducted by David Bowen, it was attended by the Vice Lord Lieutenant, the High Sheriff, the Chairman of Dorset Council and the Mayor and Mayoress of Dorchester.Â  A wreath was laid by Jenny Jeapes, daughter of Colonel White who commanded the 2nd Dorsets in Burma.

The children of several other veterans of the campaign also attended, including Janet Fox who came from North Yorkshire for the service.Â  Mrs Foxâs father, Sergeant Waterhouse, was the commander of the tank which finally broke the Japanese defences high on a vital hill at Kohima.Â  That action was the turning point at Kohima.Â  As Kohima in turn was the turning point in the whole campaign, Gerry Waterhouse can truthfully be remembered as the man who turned the tide in Burma.

On Sunday 15th Dorchesterâs own service was led by Canon Alan Woods and Dr John Travell in the Borough Gardens.Â Â  Sixteen Regimental standards paraded, commanded by Ken Chivers, whose father won the Croix de Guerre with the 5th Dorsets in Normandy. Musical accompaniment was provided by the Durnovaria Silver Band.

At a private lunch in the Army Reserve Centre guests included sixty family members of other Dorsets who fought in the Second World War.Â  Among them were Nick OâConnell and Ken Noble, whose fathers served with the 1st Dorsets in India, then through the Siege of Malta, then in Sicily and Italy before landing â the first British infantry ashore â on D-Day.Â  Sadly, Nickâs father (also Nick) was killed soon after D-Day but Fred Noble survived to the end and came home.

Another table remembered the 2nd Dorsets in France in 1940.Â  It included Christopher Stephenson, the son of the famous Colonel Steve who, having fought a fierce rearguard action at Festubert, personally led his survivors back to Dunkirk and home â aboard a Thames dredger â to Margate.Â  Christopher was flanked by Gary Cooper and Max Heron, the sons of two men who faced and saw off a German tank attack by counter-attacking in their soft-skinned Bren gun carriers.Â  Beside them sat Peter Stephenson, whose father was the last Dorset out, having defended a bridge near Dunkirk.Â  Later, his father became a Spitfire pilot and was decorated for flying low along the Rhine to photograph the crossing place used a fortnight later by the 4th and 5th Dorsets.

But the star guests at the lunch were two Second World War veterans â Ken Hay and Roy Smith.Â  Both fought with the 4th Dorsets and both became prisoners of war.Â  Now in their mid-90s, they are two of the very few survivors from any regiments who fought in Normandy and at Arnhem.

With thanks to The Keep Military Museum for the photos and report. 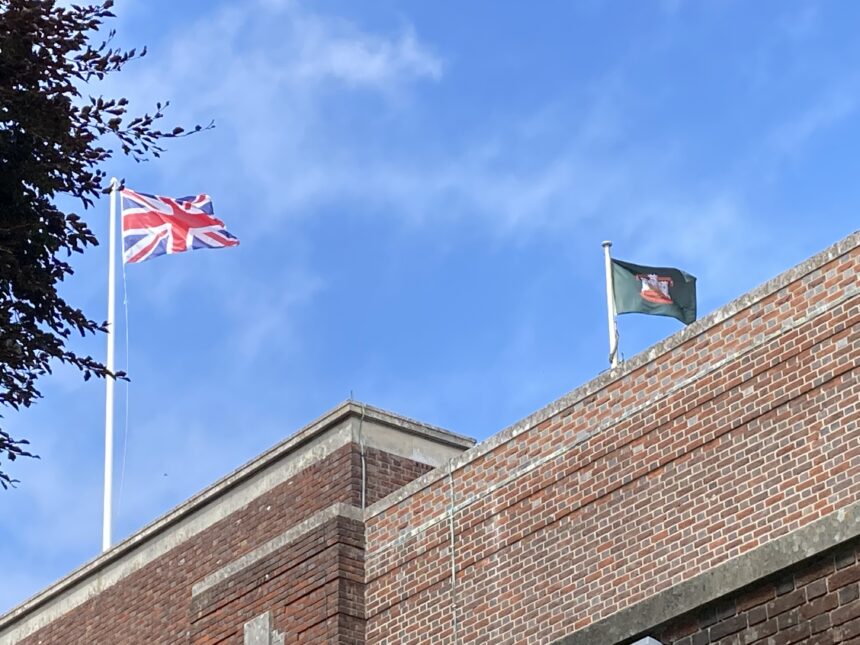