Sale of unroadworthy truck to Portland man results in prosecution

A Nottinghamshire motor trader who sold an unroadworthy tipper truck and misled a buyer in Portland has been ordered to pay Â£3850 pounds in compensation, fines and costs.

On 9 September 2021 at Poole Magistratesâ Court, Andrew James Ostolski, aged 41 of Sutton-in-Ashfield, Nottinghamshire pleaded guilty to offences under the Road Traffic Act 1988 and the Business Protection from Misleading Marketing Regulations 2008. The case was brought by Dorset Council Trading Standards.

The court heard how in September 2019 a Portland resident saw an advert on eBay for a tipper truck which described it as being offered for Â£1995 by a company known as BTS Car Sales of Mansfield, Nottinghamshire, having had a full service and with a 12-month MOT. The buyer contacted the seller and spoke to Mr Ostolski. They agreed a price and delivery was arranged to Portland at 8 am the morning after.

When the victim awoke that morning at 6 am he discovered that the vehicle was already there. He examined it and saw that there were some faults which he then discussed on the phone with the defendant, who agreed to fund the repairs. There was an invoice left in the vehicle in the name of Tradepoint Van Sales. A local mechanic looked at the vehicle and told the defendant that it shouldnât be on the road. The victim asked Mr Ostolski for a refund but he received a series of aggressive and abusive texts, so he complained to trading standards.

The vehicle was examined by an engineer. He found that it was unroadworthy and dangerous for use on the road, with many faults all of which would have been identified by any competent mechanic, had the vehicle been serviced as claimed when sold.

Investigations found that the money was paid into an account of yet another company and that the defendant was the signatory for that account.

The court took into account Mr Ostolskiâs circumstances in ordering that he pays the victim Â£2576.71 in compensation, costs of Â£1000 to Dorset Council Trading Standards and a fine of Â£240.

âThis vehicle was in one of the worst conditions that we have seen sold in Dorset. Businesses and consumers have a right to expect vehicles they buy to be safe and to know who they are buying from. Mr Ostolski failed in both these respects.â

âOur Trading Standards team will continue to take appropriate action where unsafe vehicles are sold for use on our roads. Consumers who want advice about vehicles or other goods and services they have bought, or wish to report unfair or unsafe trading to Trading Standards, should call the Citizens Advice consumer service on 0808 223 1133 or visit: https://www.citizensadvice.org.uk/consumer/ . This is the first point of contact for all consumers on Trading Standards issues.â

Images show the eBay advert for the truck and, below, a bald tyre on the truck 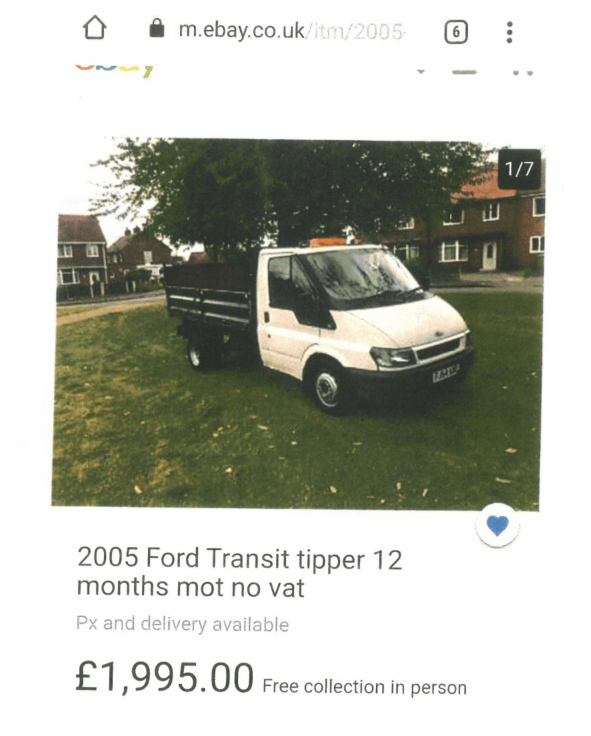 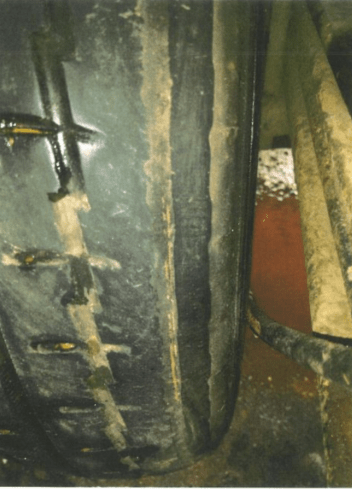