Lifeboat leads yacht to safety from The Race

Weymouth RNLI all weather lifeboat, Ernest and Mabel, was launched at 5.04pm on Saturday 11th September at the request of Solent Coastguard, to investigate reports of a yacht in trouble in The Race at Portland Bill.

This notorious area of water just off Portland Bill, where different currents meet and at certain times of the tide can cause huge waves with currents of 6 knots, catches out several unwary sailors every year.

On scene at 5.31pm the volunteer lifeboat crew contacted the crew of the yacht which was on passage from Brixham to Portland to check that all on board were safe and well. The lifeboat then led them into calmer waters closer to Portland Bill.

The yacht was able to sail and motor so the lifeboat then escorted them back as far as Church Ope Cove and at 6.22pm left them to make their own way into Portland Harbour.

The lifeboat was then released by the Coastguard and made its way to Weymouth Harbour arriving at 6.32pm where it was refuelled and made ready for the next shout. 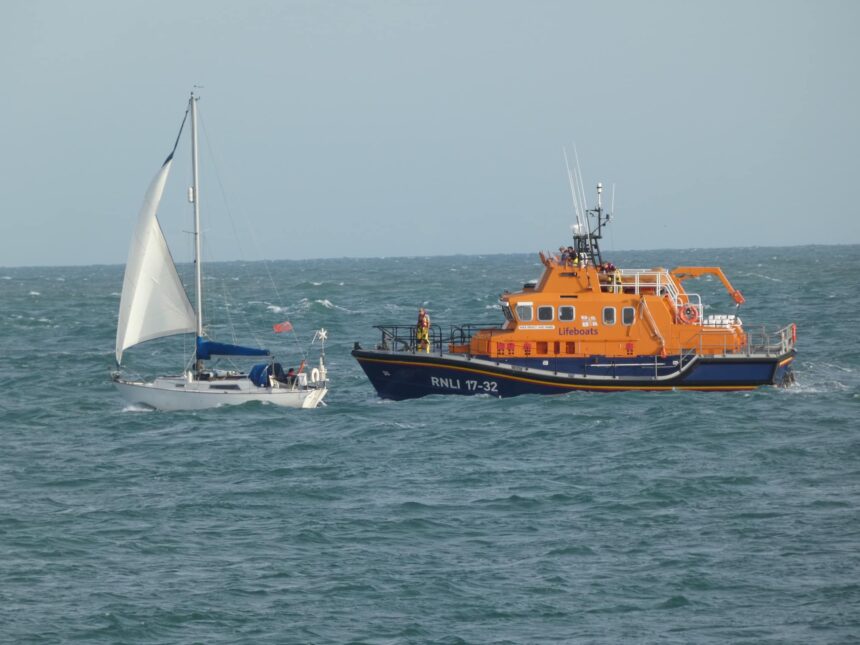