On Thursday 16th September James Benson-King will be setting out to complete what he’s named the ‘Tour De Dorset’ Charity Bike Ride.

A 330km/205m ride around the perimeter of Dorset scaling 4500m/15,000ft of elevation in a single day to raise money for Cardiac Risk in the Young. James will be completing the cycle solo with support from his mum and girlfriend throughout the day and with the help of his 3 local Dorset sponsors: Ounce Coffee Shop, Dorset Sea Salt and My Metal Garden.

It will start and end at Ounce Coffee Shop in Westbourne and will travel clockwise through the Purbecks, Weymouth, Lyme Regis, Yeovil, Shaftesbury and Christchurch.

James told KeeP 106: “I was about six years old when I had my first chest pains. I told my Dad, and his heart must have skipped a beat (pun intended) as he had almost died from a heart condition, a few years earlier, aged 25. Fortunately, for myself, after two operations, one unsuccessful aged eight and one successful at 16, I was given the all clear. Since then I have wanted to raise money for this cause, but wasn’t sure how. It was only when I lost a university friend to an undiagnosed heart problem that I found out about CRY and set my sights on raising as much as I could for them.”

CRY aim to prevent sudden cardiac deaths in the young through awareness, screening and research and supporting affected families. James has said that his main focus in raising money for them, is to support as much screening as possible in order to find and diagnose any hidden problems in the young population. Â£2,500 is what is needed to support a full days’ worth of cardiac screening and is what he managed to raise for them last year, through a series of physical challenges including riding from Lands End to John O’Groats in 11 days.

This time he has decided to create a more physically demanding challenge and keep it closer to home. James also thought it would be a great idea given the Dorset-centric theme to invite a few local businesses to sponsor the challenge! 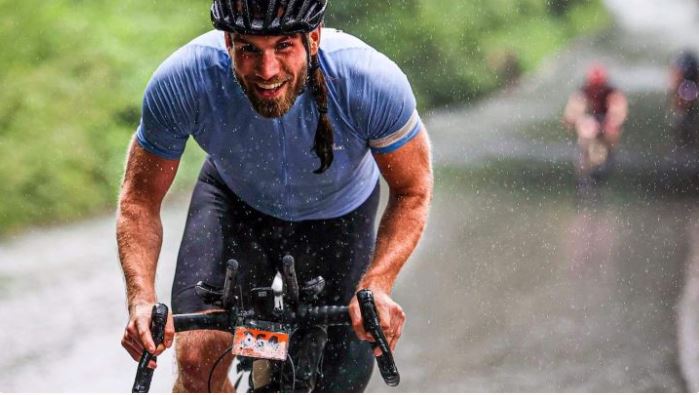