Officers investigating an assault on Portland are issuing a CCTV image of a man they would like to speak to.

Between 4.15pm and 4.30pm on Tuesday 7 June 2022 a 16-year-old boy was cycling past the Co-op store at Fortuneswell and became involved in a verbal exchange with a man who was leaving the store. The man then struck the boy on the back of the head before walking off.

The victim did not sustain any serious injuries.

Police Constable Jim Brokenshire, of Dorset Police, said: âWe have been carrying out enquiries into this report of assault and have obtained a CCTV image of a man we would like to speak to as part of our investigation.

âI would urge anyone with information as to his identity to please contact us.â

Anyone with information is asked to contact Dorset Police at www.dorset.police.uk/contact, via email 101@dorset.pnn.police.uk or by calling 101, quoting occurrence number 55220091306. Alternatively, independent charity Crimestoppers can be contacted anonymously online at Crimestoppers-uk.org or by calling Freephone 0800 555 111. 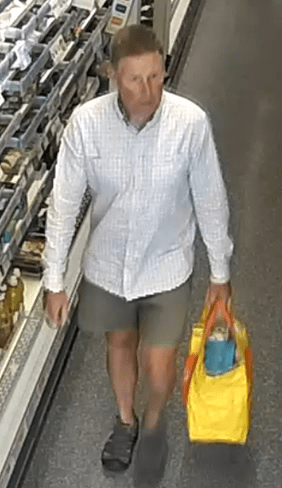