Officers investigating reports of an altercation involving two men in Weymouth are appealing for witnesses or anyone with footage of the incident to come forward.

At around 2.40pm on Thursday 23 June 2022 it was reported that a man was riding a bicycle along The Esplanade when he became involved in verbal exchange with a man in a car. The motorist allegedly made a racially abusive comment to the cyclist.

The same two men were then reportedly involved in an altercation in Lennox Street shortly afterwards, with both men sustaining injuries.

Two local men, aged 37 and 63, have been arrested on suspicion of affray and enquiries into the incident are ongoing.

Police Sergeant Anneka Stone, of Weymouth police, said: âWe are investigating this matter and I would urge anyone who witnessed what happened either on The Esplanade or on Lennox Street, and has not already spoken to police, to please get in touch.

âI would also like to hear from anyone who may have captured any relevant footage on either dashcam, home CCTV or doorbell camera systems.â

Anyone with information is asked to contact Dorset Police at www.dorset.police.uk/contact, via emailÂ 101@dorset.pnn.police.ukÂ or by calling 101, quoting occurrence number 55220100397. Alternatively, independent charity Crimestoppers can be contacted anonymously online at Crimestoppers-uk.org or by calling Freephone 0800 555 111. 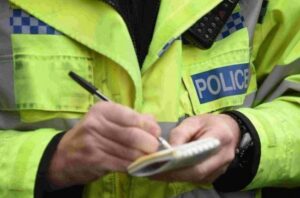