The A35 between Dorchester and Winterbourne Abbas has been reopened with traffic lights after it was closed on Monday afternoon, due to a lorry fire.

Witnesses reported to KeeP 106 that they had heard sounds similar to explosions and could see thick black smoke billowing from the scene which also could be seen from Portland.

Fire crews from across the area had attended the incident.

It was expected that the road would remain closed for some time since the lorry had been carrying hay which had affected the road surface resulting in resurfacing work needing to be done.

Traffic was directed via other routes which put pressure on the back roads through Martinstown and Winterbourne Steepleton on the B3159, plus Frampton, Toller Down Gate, Rampisham Down and beyond. 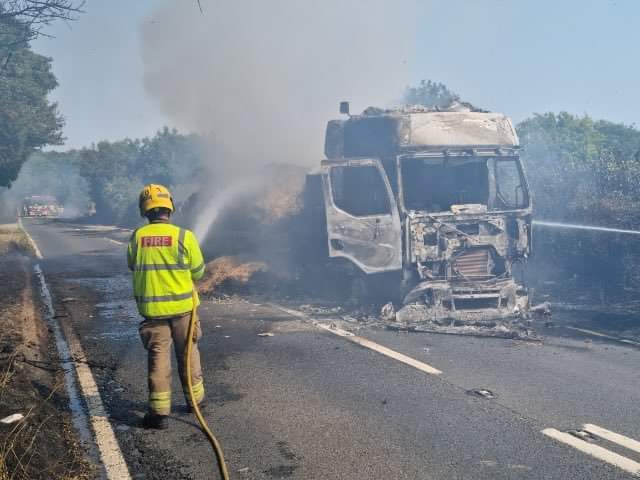