A public walkway at West Bay Harbour is to be temporarily closed by Dorset Council for safety reasons, preventing access to public conveniences.

A western section of wall at the harbourside â just in front of the concession stands between the Harbour Masterâs office and the Ellipse building – has been monitored by Dorset Council safety officers for some time now.

Council officers have noticed increased structural movement since it was last inspected a few weeks ago. They are are concerned about the stability of the wall and ultimately the safety of people using the walkway.

The public walkway behind the wall is the main thoroughfare to the public toilets around the harbour area. Officers have met this week and, in consultation with the Harbour Master, have come up with a short-term plan to manage the situation.

The affected area will be barriered-off, preventing access along the walkway, including to The Mound toilets next to the Harbour Masterâs office.

The Mound toilets will be closed while access to the walkway has been shut off. Other toilets can be found nearby at East Beach and the Visitors Centre. Alternative temporary toilet arrangements are being considered by Council surveyors.

Access to roads, parking, local businesses and food and drink stands in the area is unaffected.

Dorset Council officers have already begun developing a plan to repair the wall as engineers consider how to make the walkway safe for pedestrians in the future. The walkway will not remain closed any longer than it has to be, and as soon as we have a date for works to commence, we will inform everyone.

Dorset Council apologises for any inconvenience caused and thank the public for their understanding. 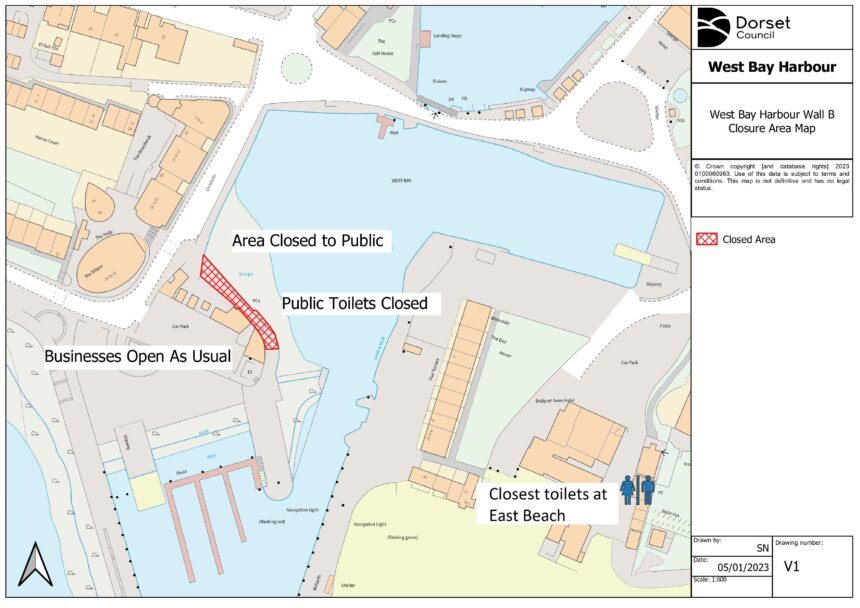