The case of the missing ice cream cone – SOLVED!

When Emma Ayles proprietor of the Caddy Shack cafÃ© at the bottom of Monmouth Avenue in Weymouth had her giant display ice cream cone stolen one night last summer, despite having a CCTV video footage of the thief walking off the site, Emma thought she would never see it again.

Emma posted the video on Facebook hoping that someone would recognize the culprit, however there was no response and Emma thought it was gone for good and it would cost her somewhere in the region of Â£200 to replace it.

Enter Honey the Golden Retriever and Sheba the Labrador whose owner Idris Martin was taking them for their daily exercise around Lodmoor Country Park. Out ran a rabbit and both hounds gave chase into the undergrowth.

Idris said âI called and called the dogs to no avail, so I followed them into the brambles and, low and behold, I came upon what we as kids would call a den, with armchairs a table a supermarket trolley and the missing cone. So I loaded the cone into the trolley and wheeled it back to the Caddy Shack where I re-united Emma with her missing cone and she was pretty grateful.â 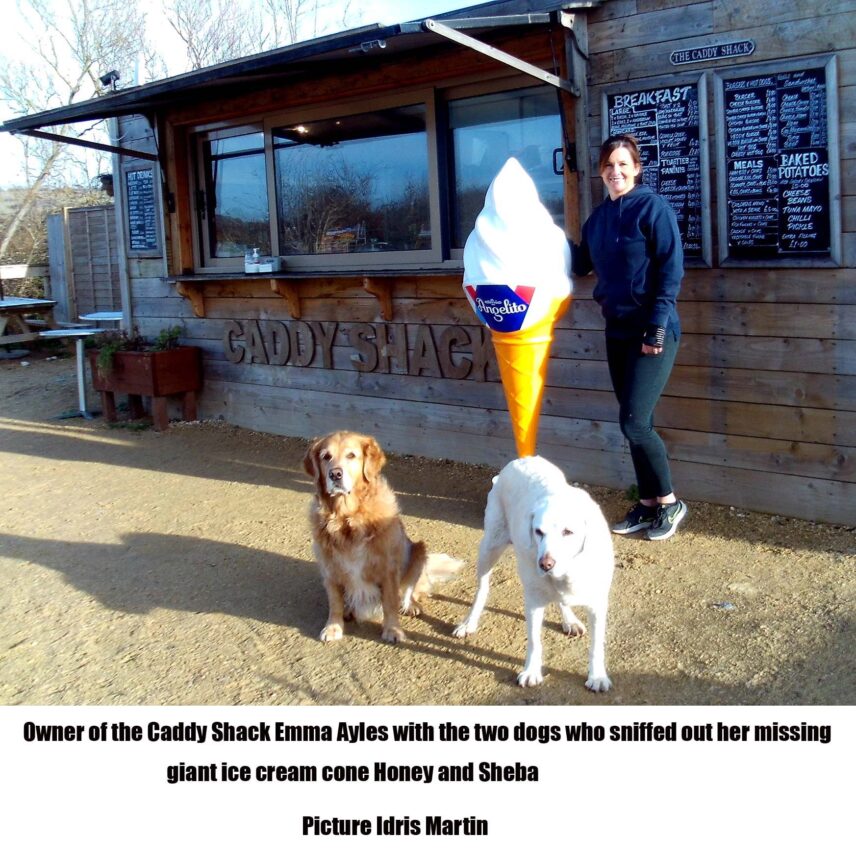 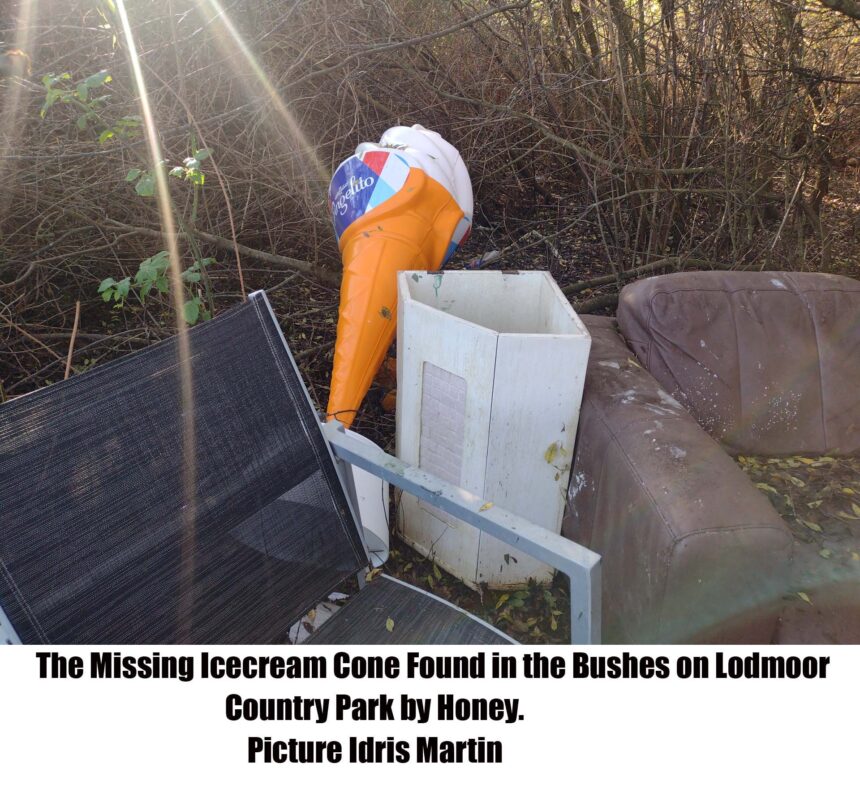